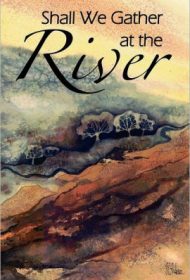 In this novel of race relations in the 1870s—a theme that resonates even today—Jimmie Sue, a white teenager, falls in love with Madeleen, a black sharecropper’s daughter, in High County, Virginia.

Jimmie Sue (nicknamed for his great-grandmother Sue) comes from a long line of independent mountain men. They are farmers by trade, but a far cry from their plantation-owning brethren. When Madeleen’s family moves in nearby, his family is welcoming and neighborly. But romance between black and white is taboo. Despite growing feelings between Jimmie Sue and Madeleen, a lasting love isn’t possible in the post-Civil War climate.

The author tells the story through Jimmie Sue’s great nephew, who ruminates on his uncle’s life while waiting for his headstone to be delivered. The great nephew looks back with irreverent humor at Jimmie Sue and the rest of the family, but it’s his uncle’s choice of a grave next to the fence separating whites from “coloreds” that gives him pause. (As Gilbert writes, “…coloreds was the usual accepted word the mountain folk would use to refer to black folks…”)

The author has a solid grasp of the era’s customs, and readers are cheerfully thrust into a time of hard work, church gatherings, afternoons at the swimming hole. Madeleen is steeped in her faith; Jimmie Sue is steeped in his budding emotions. Both struggle to make sense of their blossoming relationship, trying to understand what still isn’t clear-cut almost 150 years later. The ending is poignant, even though readers know the pair will never live happily ever after.

At times, the author stays so close to the mountain vernacular—especially in the story’s beginning—that readers have to work hard to understand a character’s dialogue. That eases as the book progresses, and the journey south to a different time-period becomes worth the ride.

As Jimmie Sue would say metaphorically later in life, “If you can’t enjoy the ride, the ticket ain’t worth the price.”