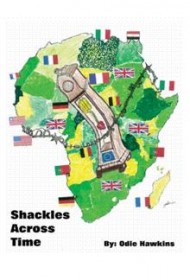 Is it possible for people in modern-day America to be afflicted by a curse proclaimed three centuries earlier in West Africa? That’s the premise of this refreshing novel by Odie Hawkins.

The story opens as Robert Quinn, 50, of Chicago organizes a reunion of relatives he discovered through a genealogy chart who share a distant African ancestor. One family he invites, the Johnsons, resides in Los Angeles; the other, the Quarleses, lives in Georgia. All three families, including Quinn’s, have three children. Initially unknown to Quinn, the third child of each family has disturbing and unusual health issues that resulted from an ancient curse against their ancestor, slave trader Kwame Quartey, who wronged a villager centuries earlier.

While meeting, the families learn that well-known writer Chester Simmons has just published a book discussing the trans-Atlantic slave trade that mentions Quartey and the curse. The families convince the author to travel to Ghana in order to meet with Quartey’s descendants to see if the curse can be lifted.

Despite some editing errors, Hawkins’ story is entertaining and fresh, with a nice rhythm and effective storytelling. The pacing quickens as Simmons ventures into an unknown world of communication with spirits. He becomes terrified and doubtful of his mission when thrust into the dangerous bush alone and without food to fulfill an ancient ritual of spiritual cleansing.

The book’s main characters are intriguing, well-developed and speak with believable dialogue. In addition, changes in dialect are handled nicely as Hawkins traverses between present, past, and two unique homelands. The author also infuses the book with a dose of Ghana’s culture, informing without overburdening.

While not an edge-of-your-seat mystery, Shackles of Time‘s originality and fluid structure make it hard to put down. It’s likely to appeal to those who appreciate an original angle as well as readers interested in African beliefs and rituals.