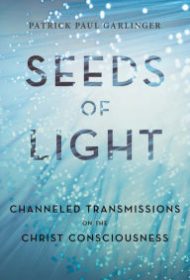 Intended as the first in a series, this nonfiction work claims to report channeled information from a collective of Light Beings called the Council of Light. The author, who translated these transmissions of energy into words, presents in-depth examinations of consciousness, compassion, and forgiveness, similar to subjects covered in other channeled books, such as Ask and It Is Given (Esther and Jerry Hicks), A Course in Miracles (Dr. Helen Schucman), and The Disappearance of the Universe (Gary Renard).

The book builds an intriguing argument for the idea of a Christ Consciousness, which is a focus on universal love without judgment, rather than “supernatural” manifestations associated with one man. Patrick Paul Garlinger divides the information into dozens of short chapters that explain key concepts, including: observing differences in people and objects without evaluating or assigning rank; recognizing how our absorption of the customs, beliefs, and prejudices of our societies keeps most of us from achieving an enlightened state of being where we can enjoy universal love without judgment; and understanding the role of compassion in the constant recreation of the self.

The book succeeds at expressing these complex ideas in fairly simple language. Newcomers will find controversial theories explained in a straightforward manner. For example: “You resurrect the past again with each time you revive your memory and relive the trauma, and regrow that energetic tie to the person you believe harmed you. Forgiveness is the magic of resurrection in the present moment as someone who was not harmed.”

The text could benefit, however, from another round of proofreading to catch typographical errors sprinkled throughout.

The author’s message has little to do with organized religion and everything to do with matters of the spirit.  Readers need not accept the stated origin of the material to appreciate the wisdom in this book, which is delivered with depth and clarity.