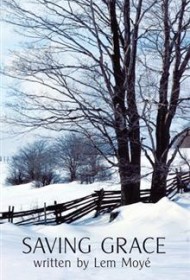 An ambitious East Coast pharmaceutical company hell-bent on marketing a questionable revolutionary therapy for a deadly disease proves callously destructive to the lives of many in this engaging, skillfully sketched, modern-day medical thriller.

Protagonist Lindsey Cameron is a brilliant and ambitious virologist whose research has caught the attention of Armstrong Pharmaceuticals. It tasks Lindsey with developing a risky viral infection therapy to repair defective cells in the blood of young children fighting a rare and fatal disease.

In its rush to get the drug developed quickly and rubber-stamped by the FDA, Armstrong not only drives Lindsey to the point of frustration and exhaustion, but crushes the dreams, ambitions and hopes of many others, among them a desperate dad and his little girl, Grace, who struggles with the disease. It seems Armstrong’s callous leadership will stop at nothing to get what it wants.

Moyé is a licensed physician in Texas and a professor of biostatistics who has consulted with the pharmaceutical industry and worked on an FDA advisory committee. His vast knowledge of the issues that complicate modern drug development show clearly in the book’s sharp details, thought-provoking scenarios and sobering subject matter.

His characters are well developed, showing palpable expressions of intensity, compassion, fear or ruthlessness where appropriate, and his solid dialogue is spot on. The briskly paced plot is electrically charged from page one. The book’s main drawback is the need for editing to correct occasional typos, misspellings and word misuse.

That said, this is an impressive book with a strong, cautionary message regarding the complicated dynamics of drug development, where pharmaceutical companies have become too cozy with the regulatory FDA, undermining patient trust and the efforts of well-meaning people around them. With editing fixes, it should draw a wide audience.