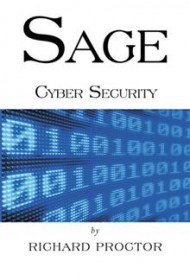 The novel opens when a beautiful young woman named Veronica Walker hits up an ATM, only to find that her bank account has been cleaned out. Meanwhile, Jake and a buddy are hunting in the Alaskan wilds, where they kill a grizzly bear just before it can attack. Clearly, Jake is no basement-dwelling hacker; he’s a macho man of the first order.

It turns out that Veronica’s bank was robbed of a billion dollars through a computer system breach. Hired by the bank, Jake and his team of cyber sleuths track the problem to mercenary hackers based in Chechnya. We soon learn that Jake and his boys are ex-CIA, and the government pays them $100 grand per month to be on call. At the behest of an American general, Jake flies to Chechnya to meet Dimitri Andropov, the bank hacker who cavalierly admits to the deed. The two men share a grudging respect for each other, and the real villain eventually emerges in the form of a man bent on launching cyber attacks designed to control the world’s financial markets.

All of this global intrigue stretches from Denver to Chechnya to New York andultimately to back to Alaska. The book’s doomsday scenarios feel a bit implausible, but no more so than your typical airport thriller. However, the book is replete with graphic violence, wooden passages that are overly obvious about delivering background information, and crude sex scenes. The author does his best to make Jake Sage a man of the future, but in word and deed, he’s the virile descendent of Travis McGee, James Bond and Mack Bolan.

More sensitive readers will want to steer clear, but this by-the-numbers thriller may hold visceral thrills for those who fondly remember men’s pulp fiction from previous generations.