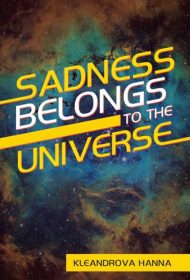 The story is told through three points of view: Wilfred; Lawrence, a space-traveling dragon; and Anna, Wilfred’s wife. The book opens as Wilfred, an engineer living and working in Beijing, is introduced to “the island,” an otherworldly location to which he is brought by a mysterious white-coated woman who approaches him in Tiananmen Square. The characters in the book move in and out of corporeal form and, we understand, are at different stages of reincarnation.

Hanna introduces interesting ideas on the cycles of life and death and on other ways of being and forms of life, but the plot itself is frustratingly disjointed. Characters enter and leave the narrative abruptly, and events happen without explanation and are never touched on again—particularly jarring in the case where someone leaves a gift-wrapped animal heart on Anna’s bed and no one seems surprised or mentions it again.

With characters who are space-dragons in human bodies and demon rulers who talk to stars, there is plenty of opportunity for an intriguing story, but it is glossed over with pseudo-philosophical musing and disconnected plotlines.

Additionally, the writing style errs on the side of telling rather than showing: Wilfred “experienced an amazing feeling of being welcomed by this place” and (inadvertently comical), Anna “was deeply affected by her own murder.” The few descriptions fall oddly: “Silence, like a wedding veil, hung above the woman’s head.”

While the author seems to have intended to create a dream world where time and space are malleable, the effect is instead confusing and vaguely hallucinatory, making for a frustrating read.