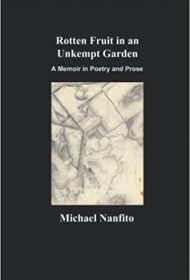 In his unconventional memoir, Michael Nanfito uses poetry and prose to revisit his past family trauma and life on the edges of society.

Nanfito also bravely discusses the trauma he experienced from his “frayed and corrupt family culture.” He reveals haunting childhood memories of his relationships with two fathers—one, he writes, had a “pathological need to control and dominate and abuse”—and a violent run-in with a fellow teen at church. Determined to escape the stranglehold of this past, he left home at 17.

The heart of the book concerns personal choice and finding one’s true self, even if the path involves “rescuing hookers from the hands of sociopaths in trashy rundown roadhouses.” The author skillfully evokes the setting’s seediness, and the story has a sort of Beat sensibility, presented in thought-provoking poetry and what he calls “prose vignettes.” Each personal story includes a poem, which often seems to serve as a mirror reflecting the person described in the prose. This lends the story spiritual depth and helps clarify the person’s emotional connection to Nanfito. The book also includes Nanfito’s skilled drawings.

Nanfito’s prose loops around and can be hard to follow. Throughout, there’s a deliberate repetition of ideas, including those of Plato. The author’s use of the philosopher’s quotes creates an unusual framework for his interactions in American society’s underbelly. Plato is hard to paraphrase, and Nanfito’s attempt is lyrical, while not necessarily bringing more clarity to the philosophical subject.

Despite such issues, however, Nanfito’s world draws readers in, and curiosity will keep them engaged in this uncommon look at his outlaw life.