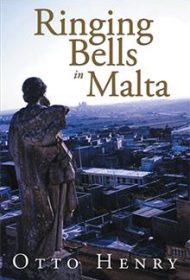 In this journal, Otto Henry writes about finding a new scholarly passion when he traveled to Malta with two colleagues in the summer of 1972.

The trip was proposed at a propitious time: Henry was recently divorced and had taken a job in musicology and composition at East Carolina University. He felt that field work in ethnomusicology—the study of music in another culture—could only enhance his teaching credibility. When he stumbled onto the importance of the numerous ringing church bells of Malta, he knew he had found his subject.

The journal consists of field notes, sketches, and photographs from that summer. There are some interesting entries about cultural and language challenges, as well as some intriguing information on the famous bells of Malta. Readers can’t help but admire Henry’s persistence in researching his subject, knocking on church doors, climbing up and down narrow stairways to get into the bell towers – to say nothing of lugging around a bulky tape recorder to capture the sounds of the ringing bells.

But that was more than 40 years ago – and that’s the problem. Although Henry attempts to give some context to the journal early on, it’s not nearly enough to offset entries that are random observations relevant only to the author himself: “Thursday night we went out to supper at Max and Tony’s [sic] MacDonald… Moria (“Tara”) was already there with her dog. Max and Tony are a delightful English couple…” In addition, the journal is rife with misplaced punctuation, missing words, and spelling errors.

Although he never returned to Malta after that summer, Henry learned a lifetime of lessons and conveys a certain amount of nostalgia in his journal that will be recognizable to any wonderstruck traveler. Still, while his memories will certainly prove interesting to his inner circle, their highly personal nature makes them less likely to engage a wider audience.