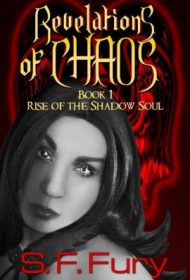 Set in the sprawling world of Zholryn, this shelf-bending debut novel is a grand-scale fantasy that features an impressively large ensemble cast of characters and nonstop action and adventure.

This is essentially a conventional high-stakes, good versus evil conflict in the vein of J.R.R. Tolkien’s Lord of the Rings trilogy or Terry Brooks’ Shannara sequence; the relevant characters are easily defined.

One of the main narrative threads revolves around a young woman named Zaramagrii, a member of the Black Clans, the oldest of the sentient races that populate the realm.  Zaramagrii’s birth—on the field of battle—foreshadows a darkness rising in the world. Born with unforgettable eyes (one black as obsidian and the other shining like a diamond) and a mysterious birthmark that resembles a sun rising in the night, Zaramagrii is cast from her home and hunted by a priestess who has revived a dark magic and is attempting to bring an ancient evil back into the world.

Other characters heroically rise to battle the coming darkness, including Rory Sivercroft, the bastard son of a nobleman, and Ephritori, a Black Clan maiden whose transformation into the deified Eternal Mother is nothing short of miraculous.

There is much to like here. The author excels at world-building, taking time to meticulously describe the realm’s extensive back-history as well as minor things such as how a particular oil lantern or musical instrument is constructed. But herein lies the problem: The attention to world-building and backstory is such a focus, especially in the first 200 pages, that the character story arcs are negatively impacted. While the last few hundred pages are fast-paced, action-packed, and character-driven, the beginning of the novel is unwieldy.

Those who can stay with the story will find many rewards here, but revision with an eye to improving the novel’s first 200 pages or so would greatly enhance its appeal.