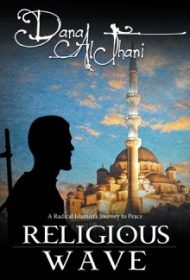 This important book recounts a terrorist’s recruitment and service to Hezbollah, a militant Islamic organization based in Lebanon, and his eventual rejection of the group.

The terrorist, Hassan (a pseudonym), asked DaNa AlThani (purportedly a male Lebanese student of Islamic studies) to help him write this memoir. For about 16 years beginning in 1990, Hassan killed targets both powerful and innocent worldwide. In diary entries, poems, and transcripts of conversations with AlThani, he offers intimate descriptions of his childhood as a poor student with few options to earn money or respect and his marriage to the daughter of the Hezbollah recruiter who targeted him. AlThani skillfully gains readers’ empathy for Hassan before describing the terrorist’s horrific acts, such as shooting a woman in the head as she begged for mercy, after his cell was deployed to kill Israelis stationed at their Buenos Aires embassy. “I was not born a monster, you know,” Hassan journaled.

While the narrative is crudely written—as might be expected from non-native English speakers—it’s highly compelling. This is a unique opportunity to see inside Hezbollah’s sophisticated, secret organization, and inside a killer’s family, as Hassan candidly describes infrequent visits with his wife and children.

That said, it would benefit from consistent references to the place and year and more context for events. Also, AlThani acknowledges tweaking details to protect Hassan, and many stories cannot be verified. Some are dubious: At one point, for example, the author describes a cartoonish “hit” in which Hassan’s opponent deploys “sinanju” fighting – a style referred to online as a fictional martial art.

Additionally, the writer’s goal to correct westerners’ negative views of Muslims is severely undercut by the graphic descriptions of Hassan’s violence in the name of Islam. To his credit, AlThani challenges Hassan’s justifications for kidnapping, torture and murder, revealing the irony and insanity of terrorists’ strategy to win respect by sowing fear.

While the narrative’s accuracy is impossible to confirm, its readability is undeniable. Despite the book’s flaws, these voices command attention.