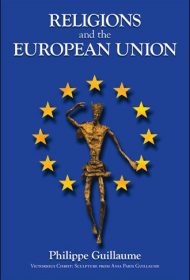 In this astute volume, former Belgian diplomat Philippe Guillaume provides a sweeping overview of the influence of religion on the development of the European Union.

Starting with a summary of pre-Christian times, the author makes a strong argument for how Jesus’ followers helped build on the Roman ideals of freedom, equality, and reverence for a higher ideal. “The arrival of Christianity created a wave that crossed ethnic groups and social classes,” Guillaume notes. And although Christianity would struggle to find itself throughout two millennia, for the author, religion provides an “affirmation of human freedom, and the conviction that evil is a misuse of this freedom,” ideals at the heart of the EU.

Guillaume explores the Church’s influence during the Middle Ages and Renaissance, through the age of exploration to the East and West, and up until modern times. He focuses considerable attention on the Thirty Years War, “during which Europe was torn apart by the Catholics, Lutherans, and other Protestants.” He also looks at the Treaties of Westphalia, 17th-century agreements between the Spanish and the Dutch. The author contends that these deals helped birth the first modern states. He also makes note of Pope Pius XII’s 1942 Christmas message which the author argues inspired the groundwork for a restructuring of Europe against the abuses of the Nazis and fascists.

Guillaume is an erudite writer. His knowledge of world politics is expansive, as is his understanding of the subtle and not-so-subtle differences between Catholicism and Protestantism’s different sects. There’s a lot to digest, yet the author leads readers through nearly 2,000 years of history in a simple, systematic, and affecting way.

Guillaume believes passionately that freedom seemingly derived from a higher power is of the utmost importance for everyone on Earth. Moreover, although he acknowledges that the Catholic Church often finds itself in crisis, its significance in social justice doctrine is unparalleled.

All in all, Philippe Guillaume has produced a superb, timely, and informative book.