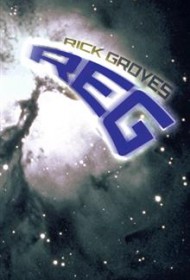 This quantum physics-powered science fiction adventure set largely in England is a quirky, highly amusing, and deeply thought-provoking look at life, love, and humankind’s ultimate destiny in the universe.

The story revolves around the relationship between the narrator, Dick — an endearing 59-year-old printer — and his best friend Reginald, an unemployed, beer-swilling couch potato who (shockingly) discovers an alternate theory to Albert Einstein’s General Theory of Relativity. When Reg shares his revelations with Dick, he also confides in his friend that he has figured out a way to “transcend space and time” and travel to any place in the universe instantaneously.

With this almost godlike knowledge, Dick not only uses his newfound ability to travel to faraway planets but also to become a vigilante, anonymously bringing local thugs and international bad guys to brutal justice. The implications of this new knowledge are mind-boggling — when Reg and Dick visit sentient aliens on a distant planet, the potential for humankind’s advancement as a race in the very near future expands exponentially: but so too does the potential for destruction.

While the hardcore scientific speculation gets a little insoluble in places and the use of British vernacular may confuse some readers (“…I was knackered and ready for a good kip.”), Groves’ narrative is fluid, confident, and undeniably readable. Additionally, the contrast between Dick’s mundane life with his beloved wife Prue — going on weekend walks, having a cup of tea in the evening, etc. — and his adventures within the Fifth Dimension serve to underscore the fact that there is so much more out there that we simply cannot understand — yet.

Thematically and tonally reminiscent of Rudy Rucker’s 1984 classic Master of Space and Time, this novel’s erudite speculation, sense of wonder, and profoundly provocative ending should appeal to all science fiction fans.