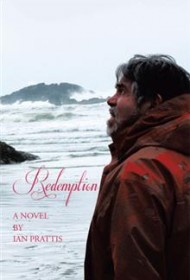 Callum Mor is a happy, adventurous little boy loved by everyone. All signs point to an extraordinary life ahead. But as the narrator of this rich and well-drawn novel reveals early on, Callum’s life is not to be the joyful journey predicted, but one of tragedy and suffering.

The tale, set on the Hebrides, islands off the northwest coast of Scotland, is written with a touch of the Scottish brogue. It begins as the young, diminutive Callum Mor – or “Callum, the Large One,” as others ironically refer to him – slips away from his classroom to accompany his uncle and a friend on their lobster boat. Callum returns to his home with a bag of crab claws, inspiring an idyllic scene around the table, but beneath the joyous scene lies impending heartbreak.

Among his troubles is a difficult situation with his father, Andrew, a man who is rarely at home and barely knows his own children. Despite few opportunities available for supporting them, he leaves his job at sea to do exactly that — to tragic consequence. Callum endures his father’s fate, other childhood heartbreaks and violence among those close to him, growing into a capable, respected fisherman — until his girlfriend shares her shameful secret, and Callum changes into a hard man with no regard for his own safety or that of his crews. But fate isn’t yet finished with Callum Mor.

Author Ian Prattis immediately establishes the setting “of this blustery and ancient land,” infusing the story with Scottish culture and color, as well as the hardworking character of the men and women who fill the pages. The novel is by turns, poetic, brutal, sorrowful and humorous, making for an enjoyable read that is ultimately about the triumph of the human spirit.

Redemption is likely to be enjoyed by a wide readership — and will be particularly appreciated by those with sweet spot for Scotland.