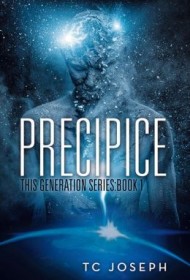 The first installment of TC Joseph’s This Generation saga—a science-fiction-nuanced and presumably apocalyptic storyline following three Christian women and their families—is, in broad strokes, comparable to Tim LaHaye’s bestselling Left Behind series, which examines the end of the world from an eschatological perspective.

The novel is divided into three ten-year sections—essentially the 1970s, ‘80s, and ‘90s—and chronicles the lives of a trio of women, their families and, eventually, their children. Kimberly Martin is a 19-year-old heiress who thinks that she has been visited and probed by “night visitors” and makes some ill-conceived decisions in order to thwart their apparent plans for her. Her half-brother Benny is a power-hungry Catholic priest who believes that his sister’s fortune can propel him to the top of the Vatican hierarchy.

Sarah Jolean is married to a popular Texas televangelist. Sarah too believes that she has been probed by aliens and attributes her pregnancy to these visitors. Her college roommate, Fran Ellis, married a Baptist minister and was spreading God’s word in Uganda until he was murdered during the chaos surrounding Idi Amin’s fall in 1979. Returning to the States with her daughter Gloria, she struggles to raise Gloria by herself.

In the sections to follow, the three women’s offspring continue the intricate—though at times befuddling—End of Days storyline that features high level Vatican conspiracies, alien machinations, Biblical prophecy, and the Illuminati.

With generous helpings of mystery, murder, and romance, the novel offers exceptionally well-developed characters and a well-researched storyline. But it suffers a key flaw: the decidedly unsatisfying ending. Joseph leaves all plot threads dangling, with nothing of significance even remotely resolved. Readers expecting a novel that can stand on its own will be sadly disappointed.

That said: the story is an undeniable page-turner right up to the end, so those who don’t mind committing to the whole series may very well find a rewarding reading experience.