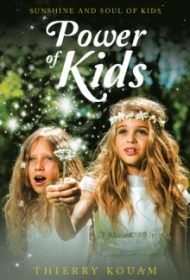 This fantasy story pits the powers of love and innocence against death and corruption as a magical girl named Sunshine leads the battle against evil in the kingdom of Manitoba.

Under the rule of King Hector and his dark lord, children are deprived of education, churches are banned, and “peace trees” (Christmas trees) are forbidden. The king orders that “satanic trees” be planted instead—trees that steal children’s souls by biting their necks and draining all blood. Adults stop having children during this tragic time that is “becoming worst [sic] the [sic] day by day.”

Out of this darkness arises Sunshine, a baby sent by God. Upon her birth, other children are born and peace trees grow. Even as an infant, Sunshine fights the evil duo through a dreamlike state in which she is an adolescent. With Luna, the king’s rebellious daughter, Sunshine helps save the children.

While this is an original premise, it’s greatly hampered by a language barrier and other writing problems. The author, who was raised in Africa, struggles with English language nuances, sentence structure, grammar, punctuation, capitalization, and other writing issues. An example of the difficult language: “A young boy named Robert, walked through her by smiling everyone was looking at him, and he turned and looked at the people and he said, ‘I am quite agreed with Sunshine and I share her idea, because we kid in this kingdom are died…’”

Another big obstacle is the fact that the text contains no paragraphs. Each chapter is one block of text comprised of mostly broken English and run-on sentences. Without paragraph breaks, dialogue is especially difficult to understand.

This may have been intended as an allegory about the importance of education and religious freedom, but poor execution makes it an extremely challenging read. The story requires aggressive editing to correct problems with language and format—as well as to tone down the disturbing images of blood-drinking satanic trees feasting upon children.