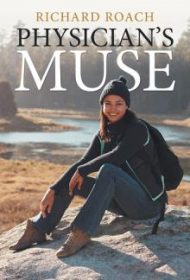 This tale chronicles the start of a childhood infatuation that blossoms into a deep and abiding friendship that will changes lives.

Barak Shelton has just begun tenth grade when his family is invited to visit his parent’s physician friend and her adopted daughters on the Ojibwe reservation north of their home in Duluth, Minn. There, Barak meets Lily, a young girl about his age and her sister, Autumn, about his older brother’s age.

Barak’s infatuation is instant. The sisters, both members of the Anishinabe tribe, are accomplished hunters, paddlers and swimmers. Barak and Lily’s friendship grows, but while Barak is romantically attracted to her, Lily views him as a brother. They attend the University of Minnesota, Duluth, sharing college experiences.

In one adventure into the wild, they are nearly killed by lightning, which forces them into survival mode as their clothing, food and shelter are destroyed. Always, Lily remains the calm, wise one, frequently scolding Barak for his ingratitude. Eventually, Barak attends medical school, and Lily studies law, but as they embark on their adult lives, Lily receives bad news from which there will be no relief.

This story is grounded in extensive knowledge of the outdoors, Native American culture and the medical community, which adds credibility, interest and color. Unfortunately, the novel suffers early on from what feels like rushed characterizations: The relationships between parents and children seem particularly vague and the brothers overly naive.

It’s also difficult to believe that Lily and Barak, despite spending much time together naked, never have sex. And for all her wisdom, Lily can be bossy and downright mean, such as when she slugs Barak in the gut for complaining about their circumstances. Meanwhile, readers will grow impatient with Barak’s tolerance of the abuse.

Once the teens begin college, the plot becomes more engaging, but by then, many readers will feel deterred by characters that are either too accomplished or too compliant to fully believe.