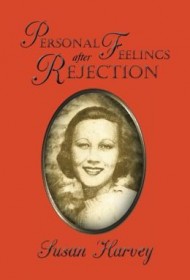 At its heart, this charming story is about Ginny Bryan, a poor but proud housewife living in small town South Carolina and raising her daughters together with her husband, Geoff. Ginny is a strong woman, and readers will be captivated by her exemplary character and unrelenting dedication to her family. The victim of rape, poverty, rejection, deprivation, and deep sorrow, Ginny stands tall.

We are not told whether this is an account based on the author Susan Harvey’s experiences, but it seems almost certain that Harvey was a witness to the events described herein, as she tenderly and intimately recounts the first 20 years of the Bryan family and its struggles and joys.

We meet the Bryan family in May 1949, as Ginny awaits the arrival of her sixth child. She lost two baby boys at birth. Like most families, the Bryans deal with money issues, the highly individual needs of children, and all the mundane concerns of life. They also cope with alcoholism. There is no great conflict or resolution to this story, just the challenges of living day to day.

While the book is plagued by spelling and grammar errors, dropped words, shaky syntax, and an odd title, readers will find it hard to resist this heroine. The work is reminiscent of A Woman of Substance by Barbara Taylor Bradford, whose female protagonist pushed hard through pain and failure to personal success. The author paints an exquisite portrait of a woman who never gave up (we see Ginny bent over an old sewing machine, for example, making pretty curtains she couldn’t afford otherwise).

While the book falls down in its technical presentation, it succeeds in delivering an endearing story that memorializes an exceptional woman.