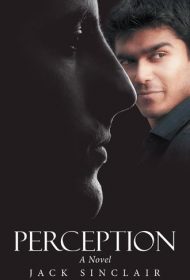 This thriller set a few years in the future flips the good guy/bad guy scenario upside down with an alleged terrorist who is working to save the world, rather than destroy it.

Teen-ager Sam Draper has grown impatient waiting for others to solve critical issues of the day, including America’s drug problem, so he devises a series of missions ultimately leading to his disruption of the drug trade. These destructive activities land him on every enforcement agency’s most wanted list.

As Sam’s close-knit family tries to protect him, his grandfather, a retired Canadian federal agent, calls old friend and FBI special agent, Robert Coleman, urging him to look more closely at Sam’s acts of terrorism, hoping he’ll discover they are for the greater good. Coleman then enlists his two best senior agents, Mark Spencer and Amanda Grant, to investigate Sam’s capers. As the three delve more deeply, they become believers in Sam’s cause, and increasingly enmeshed with Sam and his family.

The book is fast-paced, formulated on some clever ideas. Readers will be drawn to the mystery and intrigue of each of Sam’s missions and how they fit together. The author obviously wanted to keep the book light-hearted and avoid any moral conundrums. For example, when Spencer muses that he might be de-railing his career because he has to lie for Sam, it’s a mere passing thought. Clearly, this is a book headed toward happy endings.

Unfortunately, the text requires a copy editor to correct punctuation mistakes and, at more than 500 pages, a serious trim. Too much space is devoted to a romance between Spencer and Grant, which becomes tedious and just plain silly as characters scramble willy nilly to get the pair to the altar.

Regardless, the heart of the book remains its Mission Impossible twists and turns. Once readers buy into that concept, there’s nothing to do while Sam is saving the world but hang on for the ride.