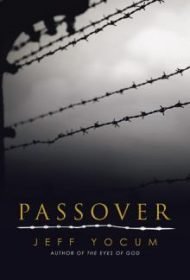 The legacy of the Holocaust and America’s scourge of opioid addiction converge in this techno-thriller that stars a whip-smart investigator from the Centers for Disease Control and a concentration camp survivor with a formidable chip on his shoulder.

The author, retired engineer Jeff Yocum, worked on a variety of fascinating projects during his career, not least the Space Shuttle, but here he lends his intellect to a complex thriller that crosses from WWII to the modern day, depicting the complexity of revenge.

In 2019, Dr. Chris Malone of the Centers for Disease Control has a hell of a problem on her hands with 27 victims dead of a mysterious ailment in Minnesota in less than 24 hours. It’s a tricky business to investigate, not least because Malone’s relationship with her husband Sam and daughter Erika are on shaky ground due to her commitment to her job.

To introduce the antagonist, the novel rockets back to June of 1944, when a Hungarian immigrant named Jakob Bauer and his sisters arrive at the infamous death camp Auschwitz, where Jakob and his Aryan features attract the attention of the notorious Nazi doctor known as the Angel of Death, Josef Mengele.

Back in the present day, Malone and Bauer’s stories converge when Chris discovers a significant connection between the victims: their participation in a drug intervention program sponsored by Tudos Pharmaceuticals, a company founded by the aforementioned Jakob Bauer.

To say more would be to spoil the plot, which is a complex recipe involving a dead child, The Mossad, a deadly toxin and the endless ripples of true malevolence. As Jakob notes: “Evil is a contagion — a pestilence. Revenge is the horse it rides.” It’s a bit heavy-handed but Malone makes for an emotionally complex hero, while Bauer makes for the best kind of villain — a man doing bad things for very decent reasons.

The writing is fairly boilerplate, but the novel’s contemporary themes combined with a rich backstory make for a largely entertaining thriller.