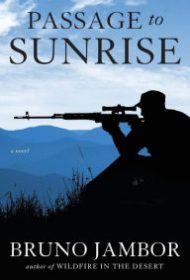 DeVibo (aka Brother Augustine) has lived a highly principled existence in pursuit of an “ultimate Truth.” This search has led him across the world and ultimately to a new order of monks based in southern Italy called Milites Crucis (Soldiers of the Cross), a group concerned with resurrecting the ancient faith, the “original faith not watered down by modernism.”

When DeVibo gets an opportunity to return to the U.S. to potentially found a new branch of the monastic order, he jumps at the chance, but soon finds himself entangled in a deadly struggle between two innocent lovers—a Navajo artist named Maye and her fiancé Rodrigo, a representative of the Tohono O’odham nation—and a mysterious agency bent on killing them. The conflict ensues because Maye, a visiting art teacher at the nation, instructs her students that art speaks in a voice that originates in their souls. The mission of the mysterious agency, led by antagonist Primus Operator, is to essentially wipe out spiritualism and religion from the educational system and create a “utopian,” globalized worldview.

The writing is sharp, focused, and replete with moving symbolism and imagery. In many sequences, the author’s narrative works on a deeper level. For example: “You need the darkness of the night to see the magnificence of the stars.” The story especially shines in several well-developed characters, including DeVibo.

But the fly in the ointment is the antagonist’s ineptness: Primus is supposedly a powerful leader of an international organization, yet he and his employees fail to kill an art teacher and her boyfriend numerous times. Additionally, the premise feels contrived, as does the ensuing conflict.
One hopes the author can create a stronger storyline next time in which his characters find adventure and spiritual growth. Still, readers will find many admirable elements in this novel.
Also available as an ebook.