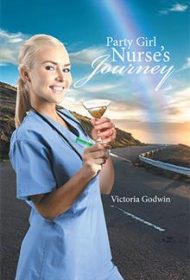 In this self-described “semi-fiction autobiography,” the author aims to show how faith in God can lead you through life’s peaks and valleys.

Victoria Godwin’s path takes her from a privileged youth, to the party years of college and young adulthood, to a failed first marriage. But the story’s heart is her journey through the trials of her second marriage to her husband Ted, a doctor with both infidelity and drug problems, and its impact on their four children. Her oldest son Mark becomes a drug addict—first steroids, then hard drugs—apparently introduced to them by his father. Soon her second son Adam follows suit. Despite a life spiraling out-of-control, she never abandons her faith and, in fact, embraces it as the only way to weather life’s storms.

The author has a straightforward, unemotional writing style that might appeal to readers who like to follow the logical progression of a story from beginning to end. However, she spends too much time on random incidents from her party girl days that are off the point and would be more suited to someone’s personal musings in a journal. For example: “…I was studying late one night, and someone knocked on our apartment door. It was the guy I had met in Aspen and had visited in Minnesota. I hadn’t seen or heard from him for a while, but I remembered how cold it was out there… …”.

With editing to eliminate the extraneous material (do readers need to know about her facelifts and breast augmentation?), the story could have been a gripping account of every parent’s nightmare and how Godwin found comfort through her faith. As is, the author spends too much time on early life events that give little insight into the future that follows.

Most readers will be put off by such diversions. For tolerant readers whose lives have spun out of control, however, there’s a worthy message here about perseverance, faith, and childlike humility.