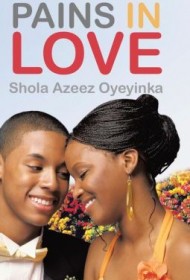 Author Shola Azeez Oyeyinka describes this book as “a true narration of events that happened along the corridor of the author’s life.” While names and places have been changed, “it proclaims the absolute reality of the event.” The story focuses on a young Nigerian man’s unfortunate attraction to a woman who leads them both to troubled fates.

Paul (presumably Oyeyinka’s fictional stand-in) is a good student and son. A tribal elder foretold great things for him, and he seems to be on track until he meets Laura. She leads him to a park and lures him into sex, which, thanks to a local superstition, forces them to marry. Paul leaves their small Nigerian town for college in Germany, and four years later brings Laura there to be with him. She falls in with some jealous girls and cheats on Paul, angering the spirits of the park. As a result, and in a rather convoluted manner, he ends up in jail for two years, and sad fates evolve for Laura and two other girls.

This is all rather hard to make out through Oyeyinka’s prose, which often deviates from standard English — for example, “Laura was likeable [sic] to people and very friendly. I could see an icon of understanding developing between them, just as it was with me.” While it’s possible to get the general gist of the book, virtually every sentence presents barriers to understanding such as this one, ultimately pitting reading enjoyment and comprehension against one another.

In addition to the convoluted writing, Paul’s attitude toward women paints him in an unflattering light. He claims Laura tricked him into sex, but boasts about his own virgin lovemaking skills. An introduction describes him as being in a wheelchair, but it’s unclear if the author is likewise handicapped, and this disability seems to have no bearing on the story at all.

Pains in Love has the makings of a powerful, if sexist, morality tale, but it needs editing for tone and above all clarity to be taken seriously by readers.