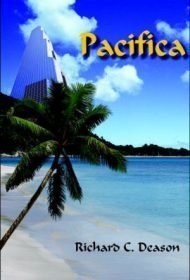 Tom and Anne Ryan believe their son David is a radical, an outlaw, a terrorist. Lifelong inhabitants of the Republic of Texas, they haven’t seen their son in 20 years—but when his illegal actions make the newspaper again, the Ryans are forced to leave their house as angry demonstrators get violent. The Republic informs them they need to go into protective custody for their own safety—but it’s all an elaborate ploy to force David out of hiding and apprehend him.

The Ryans’ lives are turned upside down, however, when David essentially steals them away from Republic forces and brings them to Pacifica, the nation he and other visionaries cofounded decades earlier that encompasses the Mexican city of Acapulco and its surrounding countryside, as well as a group of islands in the western Pacific. Readers soon learn the truth about David and that the scientists of Pacifica have unlocked medical and technological wonders beyond belief. But how far will competing governments go to possess these marvels?

Conceptually, this is an exciting storyline. Deason’s description of Pacifica is meticulous in its detail, unarguably visionary, and will surely fill readers with hope for the future. The fatal flaw to this novel is the almost complete lack of effective pacing. The narrative momentum is sloth-like, taking frequent, and unnecessarily long, tangential turns, such as discussing the significance of various philosophical belief systems, which the author does repeatedly. There’s no sense of urgency here. Coupled with a narrative bogged down with scores of pages of superfluous content, this creates a reading experience devoid of energy and emotional connectivity.

Ultimately, Pacifica offers a glorious premise laid low by a flawed execution. Judicious trimming is required before the novel is likely to attract a wide audience.