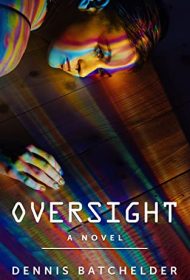 In Dennis Batchelder’s young adult novel Oversight, a girl fights for her destiny and uncovers ancient secrets that pit her against her ally.

Connected to a group called Soul Identity by her special ancient soul line, 17-year-old Zelly is destined to become one of the organization’s overseers when she turns 19. The clandestine organization dictates the world’s agenda and runs a powerful bank that transfers its depositors’ wealth to their new lives after reincarnation. But Zelly’s dream might be deterred by Ying, who is about to become an overseer and could block others from achieving similar positions.

Throughout the story, Zelly grows as a character, becoming more self-aware. Unable to convince others of Ying’s intentions, Zelly works to stop her, endangering her life and the lives of those around her. Her fears cause her to make impulsive decisions that jeopardize her relationships and Soul Identity’s team-oriented culture. Along the way, she develops more trust for others, becomes more thoughtful and overcomes her fears.

The plot, however, is clouded by many different ideas and twists. Among them: Zelly traces her soul line and researches Soul Identity’s soul line ancestors while trying to stop Ying; the ancestors’ stories are interwoven with Zelly’s current mission. So that she can travel between her current life and the past, Zelly has to learn special techniques. There’s also a rival group working against Soul Identity.

The plot’s fast pace and divergent ideas hinder the development of the story’s other main characters. Their emotional responses, personalities and voices are glossed over. Although Ying is one of the lead characters, few details are offered about who she is and her motive. Other characters similarly lack depth, including Simon, Zelly’s friend and fellow future overseer. Details offered about the rival group opposed to Soul Identity are also insufficient.