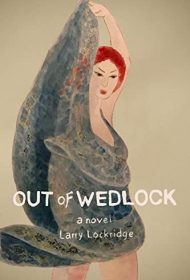 The third installment in Larry Lockridge’s Enigma Quartet—four standalone but interconnected novels—is set largely in 1990s Greenwich Village and chronicles the life of a plastic surgeon not only searching for meaning in his life (via exploration into his sexuality) but also, ultimately, his identity and purpose as a human being.

Although Jess Freeman is a successful facial plastic surgeon in New York City, his personal life is in shambles. Raised in the foster care system in New Mexico, Freeman never knew who his parents were. Suffering from spontaneous eidetic imagery (going into trances that recall vivid images, whether they be real memories or delusions) was a significant factor in him bouncing from foster home to foster home.

This lack of a solid foundation and family history impacts Freeman more than he realizes as an adult. Yet through a series of relationships with unconventional sex partners—which includes a woman he performed major facial surgery on and a writer compiling a book about poet Edna St. Vincent Millay—he begins to slowly discover who he is. The revelations he ultimately uncovers about his parents—and connections between himself and D. H. Lawrence, St. Vincent Millay, etc.—are mind-blowing. As Freeman notes: “It’s a small daisy chain of a world…”

The novel features intelligent, insightful, and honest writing, and the portrayal of Freeman has an endearing openness about it. He’s a searcher who looks at the world from a different, deeper perspective. During a Halloween parade through the West Village, for example, Freeman muses: “He was struck by the immense incongruities of life—unwavering steel girders versus pliable papier-mâché, irrepressible carnality versus death inevitable.”

Ultimately, this is a striking novel about one man’s search for identity that also works as an exploration into the power (or lack thereof) of sex as a catalyst for intimacy.