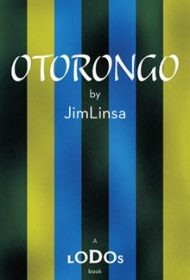 In the first sentences, the author introduces Linsa, Jim’s sexy muse who also possesses some rather spectacular physical assets. Jim and his muse/spirit guide are about to embark on a journey that begins with meeting Riane, an escaped spirit slave who lives with Jod, a demon that Linsa has been spending time with. Jod is also an escaped spirit slave, one whose evil master will stop at nothing to track him down.

Linsa’s jealousy of Mindu and conniving ways send Jim farther into the spirit world, where he encounters more strange characters and winds up in a dangerous predicament that could end very badly.

Strange and oddly enjoyable, Otorongo is for open-minded erotica readers looking for an uncommon reading experience.