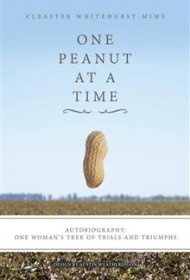 A born storyteller, Cleaster Whitehurst-Mims has written an engaging memoir about her upbringing as a black sharecropper’s daughter in the segregated South and her four decades educating underprivileged children in urban Ohio.

Growing up in the black farming town of Enterprise, Ala., in the 1930s and ‘40s, the author saw how blacks held their community together by helping one another. She contrasts that with the covert racism she found when she moved at age 18 to Ohio, where systemic inequalities were prevalent. “While my sisters were fighting Jim Crow laws and Southern-style racism in Montgomery, I was fighting against myths and stereotypes in my…city,” she says of Cincinnati.

Initially, Whitehurst-Mims worked within the nation’s public school system, which she came to believe was inherently unjust racially and economically. She eventually opened her own schools in Cincinnati, working to educate black children to become leaders in their community. Her journey provides a fascinating overview of education for blacks since Brown v. Board of Education and the Civil Rights Act while examining the slow pace of reform today.

Throughout her narrative, Whitehurst-Mims recalls how the values she learned as a child -—faith in God, perseverance, and self-confidence — bolstered her professional life. While she tends to misuse words (“cobbled stone streets”; “neck in neck”), her anecdotes reflect a keen mind and strong spirit. Recounting a time in her childhood when she and her family stopped in town for ice cream cones, she notes that they ordered and received the cones through a small sliding door in the shop’s wall, instead of at the counter inside. “I learned early and quickly that in the city my color… kept me out of the library, the movies, the hotel, and the restaurants. The town of my birthplace had no space for me in it.”

One Peanut at a Time is marred by typos, misspellings and other copyediting issues. With professional editing to correct these mistakes, this important, topical book could reach the wide audience it deserves.