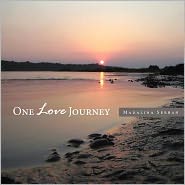 Madalina Serban fled to Nepal in 2011 to soothe a broken spirit. Three months later, that spirit had been healed by nine children living in an orphanage. One Love Journey is her account of that pilgrimage, using essays, photos (often blurry), drawings, and musings to create an inexact travelogue.

Serban’s style is spare and wistful, with little attention to names, locations, lapses of time and other orienting details. Did she spend five or six weeks at the orphanage? And which of the two orphanages was responsible for her recovery? How had her heart been broken and by whom? She was born in Romania to parents who died early, but was she also raised in an orphanage?

Serban is at her best when painting scenes of everyday life in Nepal: a rickshaw ride in Kathmandu; a tour of Buddha’s birthplace; celebrating the religious festival of Dasain; and the orphans’ daily routine of chores, school, storytelling, badminton tournaments and meals of rice twice a day. But her lack of detail keeps readers in the dark, missing important signposts that could help them understand the untold stories. Her words are beautiful but puzzling because the storyline is so vague and jumbled.

Readers can forgive the occasional grammatical lapse because English is Serban’s second language, but it’s difficult to overlook her emotional stinginess. At one point she writes, “[W]hat I miss is so clear in my mind.” Unfortunately, she failed to translate that image into words, leaving a visual and prose journey that, while tantalizing, offers many bumps along the way.