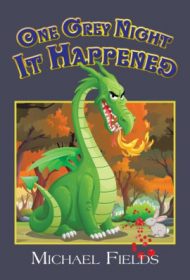 The two characters couldn’t seem more different. Lucas is black, outspoken, and gifted both intellectually and physically; Jeremiah is white and painfully shy. They meet as new transfer students at Bloomington High School, Lucas coming from out of state after a horrific school shooting and Jeremiah fleeing a rough clan in his mountain home after years of living in isolation with his caring but war-scarred great-grandfather.

Both boys face social prejudice: Lucas for his skin color; Jeremiah for his lower-class upbringing. But Lucas has developed an admirable self-confidence and Jeremiah possesses a backwoods fearlessness that immediately bond them.

As the saga unfolds, Lucas is haunted by the violent death in a school shooting of his devoted white girlfriend, whom he hoped to marry. And while Jeremiah begins to fit in, even finding a girlfriend, he’s increasingly disturbed by upheavals back home. Together, the protagonists confront nasty adversaries: racist cops secretly pursuing Lucas in relation to the school shooting, and a land-hungry schemer back in Jeremiah’s wilderness home.

Fields’ tale skips around through time and place, sometimes at a dizzying pace that can be confusing. He has a gift for teen dialogue; characters discuss sports, music, male rivalries, cars, mildly racy lovemaking, and their fascination with weaponry.

His large but well drawn cast of characters includes Morgan, a spirited girl researching Alan Seeger, a poet whose military service connects with that of Jeremiah’s great-grandfather. Snippets of songs sung by Seeger’s nephew Pete introduce some chapter openings. However, the cover art– a fanciful cartoon dragon and bunny that references the song “Puff the Magic Dragon” —hardly reflects the novel’s stark, gritty realism.