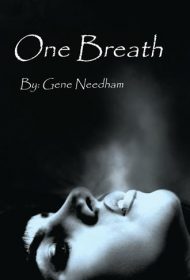 Gene Needham’s One Breath is a romance wrapped inside an action/suspense story set in contemporary times.

Phillip Walker, an American ex-federal agent, meets Maria Papei, a young woman from a prominent Italian family. The two fall in love at first sight and secretly marry, leaving everyone in the dark about it. However, much is working against them, including a long-term feud between the Papeis and Caprianos that is believed can only end through a union between Maria and Carlos Capriano. Further, the ruthless Cosa Nostra also has other plans for the union between the two.

As traditions clash and the hunger for dominance and power plays out against the backdrop of Phillip’s and Maria’s romance, betrayal sets in and bloodshed is almost inevitable. Phillip is determined to end the rivalry and violence while also protecting his marriage with Maria. And while there’s a chance for justice against all the atrocities committed by the Cosa Nostra over the years, the cost might be too high to achieve it.

Needham’s tale works on several levels. The character development is superb and readers will easily connect with the key protagonists Maria and Phillip and their desperation and confusion in fighting for their relationship.

Further, the story is peppered with descriptions of Italy’s cuisines, culture, sites, and sounds. This makes it not only eye-opening but believable as well. The plot is also full of white-knuckle twists and turns that keep readers turning pages.

However, the narrative suffers from a few setbacks. First, grammatical errors are common, and the author sometimes writes dialogue in Italian with no translation, which can easily cause the interest of readers with little or no mastery of the language to wane. Lastly, the author often switches the first-person narrative from Maria to Phillip without giving any notice, which can be confusing at times.

Despite the flaws, the plot is compelling. Those who can overlook the grammatical and translation issues will find an enjoyable, action-oriented story.