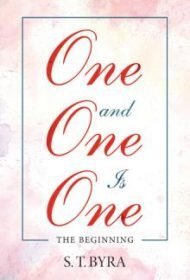 When a boy is traumatized by the cruel actions of his best friend’s father, it triggers a chain of events that forever underscore his life in S.T. Byra’s novel, One and One Is One: The Beginning.

Grady Pearson, 8, is the child of an American mother and English father who is a civilian engineer working and living on a RAF base. Grady’s dual citizenship and status as the only civilian in a base school make him something of an outsider, but he’s, nonetheless, a happy, adventurous child.

Then, when Grady and his friend Nigel knock over a vase in Nigel’s home, Nigel’s father, a colonel, becomes enraged and sends Grady out into the cold, wet night. By the time Grady walks two miles to his home, he’s hypothermic. The colonel is reported for his abusive behavior and is transferred to another air base, causing Grady to be ostracized and bullied by his classmates. In time, he finds ways to protect himself.

But at 16, tragedy strikes again, and Grady, who has a full scholarship to Cambridge University, is forced to leave the U.K. for the U.S. to live with a fundamentalist Christian aunt who is vindictive and selfish. The hard times in Grady’s short life leave him angry and distrustful, threatening to destroy a promising future.

The novel’s early chapters offer an intriguing read about a smart young man using his wits to transcend unpleasant circumstances. But as it unfolds, the plot relies on stereotypical characters, clichés and contrivances. His aunt (who frequently hisses or sniffs) is pure villain. And despite Grady’s troubles, it seems questionable the government would send him out of the country to an aunt he’s never met, although he’s nearly 17 with his university education assured.

In sum, while the story may appeal to fans of tales about good vs. evil, more of the smart thinking that informed the story early on would greatly improve its latter half.