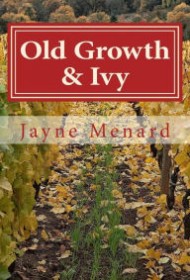 In this romantic suspense novel, two high-powered professionals who have given up everything for their jobs, hope to re-balance their lives in retirement.

At 60, FBI agent Steven Nielsen is a crack investigator who is staring at retirement. At 62, corporate executive Ivy Littleton has already given notice of her retirement when Agent Nielsen shows up at her job, seeking information connected to a human trafficking case. The two butt heads, sparks fly, and Ivy soon falls in love with this fearless agent. Steve plans to retire after he wraps up his two most intriguing cases:  the human trafficking investigation and another regarding a drug cartel. But, as Ivy becomes an integral part of Steve’s missions, danger threatens their chance of a life together.

Despite a set-up encompassing all the elements of a traditional romance – Ivy’s fiery temper; Steve’s stoic nature; the roadblocks to happiness – the author adroitly moves between romance and details on how the FBI solves cases with meticulous research and painstaking planning, adding another layer of interest for readers. The story takes place mostly in Portland, and the state’s quirky weather adds a heightened sense of atmosphere.

As Steve and Ivy become involved, they serve as role models for the younger agents on Steve’s team, especially Mathew, the agent who has been like a son to Steve. When Steve, Ivy and Mathew decide to start a winery called Spook Hills, the author sets up the sequel for her planned trilogy, as Mathew and the other young agents realize what’s really important.

There are a few minor issues: Mathew has a tendency to spout pretentious Latin sayings, such as “Ad Meliora Vertamur”  (Let Us Turn to Better Things!), and there are some missing articles of the “and/to” variety.

Such quibbles aside, this is a story sure to entertain romantic-suspense fans, as well as anyone seeking a peek behind the scenes at the workings of the FBI.