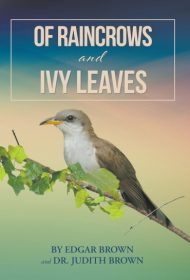 This posthumously published memoir by Edgar Brown, released with the help of his wife,    details the life of one member of the Greatest Generation.

Like most of his generation, the modest, humble, religious man from Missouri never questioned the call to serve his country. He became a Navy pilot, the most difficult of military pilot training, and flew the Catalina PBY flying boat, which required both outstanding piloting skills and seamanship savvy. He served with PBY Squadron 33—one of the “Black Cat” squadrons that painted their Catalina aircraft black and flew raiding and search-and-destroy missions at night, mostly in the Pacific.

After the war, he returned home to Missouri to make up for the “four years he was behind” everyone else in his career, and ultimately became a  special education teacher in a state not exactly known for its modern education methodology. He fought for his students and became a mentor and coach to students and teachers alike.

Brown also endured a failed first marriage, only partial reconciliation with his children who were turned against him in the bitter divorce, and ultimate ill health sufficient to put him in a nursing home. Through it all, he tried to live up to the standards of his generation: “We were the last to carry the values of a disappearing culture. We honored tradition, honesty, respect, honor and responsibility, along with faith in God.”

This story of an extraordinary “ordinary” man is told in unsparing detail and straightforward style, with modesty and humility. It is mostly upbeat, as is typical of this generation. Sometimes, the author offers too much detail — about high school events, track meets, dances, relations with girlfriends, etc. Most readers will find themselves skipping lightly over some passages.

Nonetheless, those of Brown’s generation will appreciate his look at the “values of a disappearing generation,” as the author writes, as will anyone wanting to understand this generation from a very human point of view.