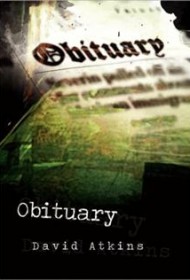 Back-to-back snowstorms of historic proportions form the bleak backdrop for this compelling contemporary tale of supernatural horror set in western Pennsylvania, where the men cherish their guns and the women know their place.

Jonathan Daniels and his brother Edward were raised here by a sadistic father and an addicted mother. Jonathan left home to become a bestselling horror writer. Edward became a serial killer. Following his spectacular publishing success, Jonathan decided to return to the area, building a luxurious log McMansion for his wife and three kids.

The family has barely gotten settled in their new home when the three-year-old begins speaking to invisible entities. At the same time, Edward is in the area, raping and killing. Meanwhile, a member of local law enforcement, a nationally known private investigator, and a young psychic are attempting to apprehend him, though hampered by the effects of the storms. At the center of the terrifying mayhem are two spirits, one white, one black, but both named Cotton Ray, the name Jonathan borrowed from a Mississippi tombstone for his most notorious character.

Despite the author’s success in conveying horror, building suspense, and skillfully twisting the plot, this book needs a vigorous polishing. Punctuation is spotty, and some sentences are so awkwardly constructed that they confuse the reader; for example, “The police from the borough their house was located were contacted, and they said they were able to send only one car, but he was on his way.” Written from a right wing political perspective, the book is replete with political incorrectness, from its use of the “n” word to base attitudes toward women. While some readers may be willing to overlook that aspect because it may accurately represent regional values, others will likely be offended.

Overall, the book will appeal to those who can tolerate red meat attitudes and extreme violence and who appreciate a good fright in the bargain.