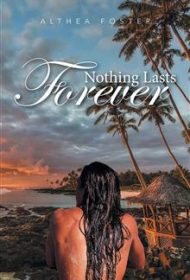 “The master of the clipper, Captain Knowles, shook hands with King Metafet in the way of the Europeans, and Mel realized some sort of arrangement had been made and there would be no going back.” So begins the epic tale of Mel Milo, a Samoan prince whose father is tricked into giving him up to an unscrupulous slave trader, changing forever the trajectory of the young man’s life at the beginning of the 20th century.

While the searing tragedy of the American slave trade is all too familiar, readers may be less familiar with the practice of “blackbirding,” where Pacific Islanders were illegally taken from their homes to work in Australian sugar cane fields. Althea Foster delivers a fascinating tale of one man’s rise in a new land—from slave to businessman—not only through his own unblinking perseverance but also through the unexpected kindness of a white man who was once his owner.

Historical fiction can get bogged down in detail, but Foster easily pulls readers through the decades. If anything, she might have added more context. One of the most interesting relationships is between Mel and a young Aborigine. Both outsiders in a white man’s world, the nuances of race around and between them could have been explored more to deepen the story.

Foster has a solid grasp of place, and her writing is crisp. Readers will root for Mel, a character who eschews sentimentality and pity. An evolutionary moment comes when Mel realizes home is no longer the faraway land he left. Again, it would enrich the story to see more such glimpses into Mel’s inner reckonings.

One quibble is the odd introduction of a ghost midway into the story. It seems out of place and, while amusing, is perhaps better suited for a different book. But ultimately, this is a tale worth reading, not only for its amiable hero but also for the discovery of an overlooked piece of history.