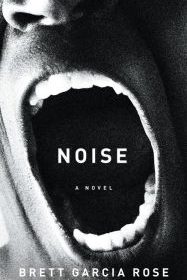 In this story, protagonist Leon is huge, tough, smart — and deaf. Violence was a daily part of life as he struggled to survive as a child growing up in Africa, and his experiences there continued to inform his life after coming to America with an adoptive family when he was nine. He wastes no time employing his brutal skills as an adult while searching for his adoptive older sister on the mean streets of New York City.

Lily disappeared a decade earlier, and as the book opens, a mysterious postcard has drawn Leon to the Big Apple in search of her. He quickly learns she’d fallen in with vicious criminals and endured a horrific assault. Leon doesn’t know if she’s alive or dead, but he won’t stop until he finds out — either to save her, or avenge her.

Leon’s quest might not vary much from the vengeful man-on-a-mission trope, but Rose provides enough variations on type to keep things interesting. The author shows a fine facility for delivering key information with nuance. Scenes are sufficiently descriptive without going overboard, providing just enough detail to paint a picture and keep the action moving. Similarly, Leon’s background is doled out early on through action and context. The novel has also been meticulously copy-edited.

Noise has the ruthless speed and efficiency of one of Donald E. Westlake’s Parker novels. Like those stories, Rose’s book dives deep into pulp when illustrating Leon’s adversaries, who wear evil on their sleeves—with overwrought dialogue to match. The conclusion also might play better if it were as streamlined as what preceded it.

Regardless, Noise is unquestionably a thrilling read. It races along but still finds time for solid characterization, suspense, and metaphorical touches. It’s an energetic tale with grit and gravity, and a promising start for a first-time novelist.