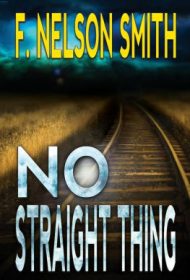 Twelve-year-old Cat Perkins is desperate for news of her father who, after losing his job, left his family to ride the rails in search of better prospects. Pete, a chivalrous hobo, devotes himself to helping her in her quest.

Meanwhile, for extra money, Cat does chores for a housekeeper for accountant Fergus Muir and his father. One day, Pete asks Cat to deliver a letter to Fergus—and is later found murdered.

It turns out that Pete and Fergus, a WWI veteran suffering from what is now called PTSD, were best friends and battlefield comrades. After the war, Pete worked at a local ceramics factory but was accused of financial improprieties and left town, allegedly with the factory manager’s wife. Local law enforcement is eager to depict Pete’s death as the result of a fight between derelicts, but Fergus believes there’s more involved and decides to investigate. As the story unfolds, Fergus uncovers the truth—and secrets—behind Pete’s alleged malfeasance while fighting to protect Cat, who may know too much for her own safety.

Smith provides a satisfying solution to the mystery, but the story truly excels in its sense of atmosphere and character. Both Fergus and Cat are fully realized—fundamentally brave and decent people with complicated pasts. Smith makes their inner struggles palpable, whether its Fergus grappling with wartime memories or Cat dealing with the pain of her family being torn apart by economic hardship. Minor characters display virtues and foibles that bring them alive.

Smith vividly depicts the Depression era, subtly giving readers a sense of the political backdrop in Alberta. She is equally deft at illuminating the social consequences of economic catastrophe— the way neighbors can both support and turn on one another when times get hard.

With its vivid atmosphere and unforgettable characters, No Straight Thing is a treat for fans of suspenseful historical fiction.