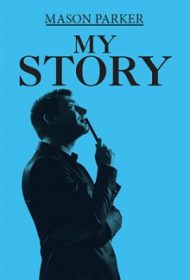 Redemption stories are perennially popular with readers; they offer a glimpse of hope that things can change for the better. In My Story, author Mason Parker describes a life shaken by addiction and poor choices and offers a surprising twist at the end.

Parker writes in simple language about growing up in a large family and always feeling like an outlier. He believed he had visions at a young age. Bullied when he was young, he became a good fighter and ended up on the defensive much of the time, including at a mostly-white school where he was one of very few African-American students. From schoolyard dustups, he moves on to alcohol and drug addiction and a series of relationships with women that he dooms by cheating. A near-fatal car accident wakes him up briefly before he backslides once again.

While Parker is honest about his tendency to make bad choices for himself, he ends this story by sharing that he’s now the deacon of a fairly large church. While this revelation is a welcome surprise, the explanation of how he got there is given a mere two paragraphs when it could reasonably have taken up half of the book. Readers will have many questions, including: If he has truly given his life to God, how does it feel? Does he find his younger self as unlikable as readers might, given his earlier disrespect for women? None of this is explored, although a sequel is teased at the end.

My Story is a brief 75 pages. It has a fascinating potential story contained within it but needs much more fleshing out to be effective. Cleaning up the prose is also advisable, as sentences such as, “I was hailed the hero in my neighbor,” slow readers down.

Parker has something worthwhile to share, but this version simply doesn’t do his story justice.