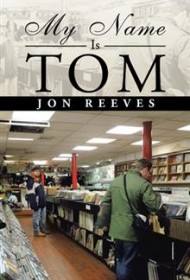 Like the author, protagonist Tom Joyce is a product of 1980s pop culture. The book starts a bit slowly, with Tom’s conception and then adoption, but settles into a groove when pre-teen Tom develops a passion for the alternative rock music of the day. Tom gets a paper route and builds a record collection he’s proud of—one that includes The Smiths, New Order, The Cure and other early-‘80s bands. Then, when he’s 18, he gets pulled into the rave scene by his friends, even though he initially hates the monotonous dance music, and eventually ends up selling his by-then impressive album collection to pay for clubbing and drugs, specifically ecstacy.

Unlike his friends, Tom has enough sense after several run-ins with the gangster underworld of the rave scene to pull out. He gets an accounting job so he can replace the records (now CDs), including rare collectibles, that he sold.

With Tom as narrator, Reeves tells his story deftly. The book is a fun and compelling read, and a sharp (and nostalgic) look back at the music of the period. Readers—especially music fans—will identify with and understand why these recordings meant so much to Tom. The book ends with a suspenseful twist that binds together the drug scene and the records Tom is trying to recover. While a bit unbelievable, it adds another layer of interest and delight for readers.

If there’s a nit to pick, it’s that the bland title doesn’t do the book justice; this is a compelling story bound to please a wide audience.