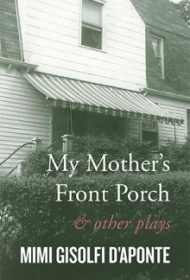 Four siblings deal with the cognitive impairment and failing health of their 87-year-old mother in the title play. Among the other offerings, a 60-ish woman is confused by modern technology (“Staying Connected”); 67-year-olds who are onetime 8th grade schoolmates hold another of their five-year reunions (“8th Grade Reunion”); and an older nun, a Prison Chaplain on Rikers Island, overcomes her shy nature to fight for legislative change (“Sister Spirit”).

The strongest of the sextet is “Sister Spirit,” the true story of Sister Marion Defeis (she receives a writing credit), who engaged in a 15-year crusade to abolish the draconian Rockefeller Drug Law. This play stands out starkly from the others, in that there’s an absorbing story, a definitive arc, a strong protagonist and complex characters.

“Brooklyn RX” also has its charms. Hardworking widow Sonia and opera singer Dan are a good match: insecure, struggling to overcome their fears, kind and loving. But a two-dimensional, hostile mother, a negative, demanding wife and the ever-meddling Edweena turn the lovely romance into a cartoon melodrama.

My Mother’s Front Porch suffers from a rash of declaratory monologues. By telling us what happened, instead of showing us what’s happening, the work is robbed of dramatic impact. Additionally, in many of the plays, D’Aponte litters her dialogue with laundry lists about offstage people—names, marriages, jobs, kids—that bear no significance on the thin plots whatsoever.

D’Aponte may wish to turn her attention to dramatizing true stories that cry out to be told. “Sister Spirit” could be the start of worthy projects in which D’Aponte herself might make a decided difference.