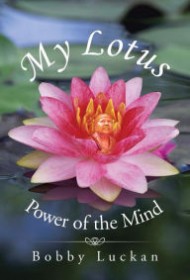 A building contractor by trade, Bobby Luckan has written a heartfelt tribute to his late wife, Mamata, with whom he spent 41 years. Mamata’s life, he writes, parallels that of a lotus: a plant that starts out as a small bud in the bottom of a dark pond and slowly reaches the surface, blossoming into a beautiful flower.

Luckan, a South African of Indian descent, met Baby (her nickname) when they were just kids. He was smitten, but their relationship ran into resistance from both families. Their lives together, especially early, were difficult. Mamata suffered two miscarriages and another baby was stillborn. Impoverished, they lived with relatives or friends (one stint at a place where the weekend activity included combing lice from each other’s hair) and out of their car at one point.

Their love thrived, though, and their lives eventually settled down, with jobs, children and grandchildren. All was well until 2009, when Baby was diagnosed with cancer. Following a long struggle, she died in 2013.

Luckan writes this book in memory of Baby, but his good intentions sometimes get bogged down. He’s often vague in describing events and omits important details. He says he was in “the top band in South Africa,” but never mentions its name. He writes that he had a “fatal situation” that necessitated emergency surgery, but doesn’t offer details. Baby wrote something that was read at a service after her death — a monk in attendance said it “could only have been written by a realised soul” — but we aren’t privy to its contents.

Toward book’s end, Luckan switches between speaking to readers and addressing his late wife directly. It’s obvious that he remains greatly pained by Baby’s death. While his remembrances aren’t likely to attract general readers, who will wish for more specifics, they offer a fitting way for family and friends to share his sorrow and remember a special woman.