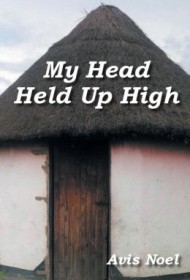 By publishing this memoir, Avis Noel aims to reach out to other abused women, as well as set the record straight with her own children, whom she tried to shelter from her abusive relationship with their father.

Born in 1955 in Rhodesia (renamed Zimbabwe after gaining independence from Britain in 1980), Noel was one of nine children. She began her teaching career at age 20 and met her future husband the following year. At 22, she got pregnant, and they married; over the years, they had five children.

From the beginning, her husband cheated on her and beat her. Because of her Christian beliefs and the patriarchal society, Noel stayed in the marriage. But she also worked toward financial independence.

Going to school while she worked, she graduated from the University of Zimbabwe in1998, later migrating with her husband and youngest children to the U.S. to attend graduate school. In her mid-40s, partway through her doctoral program, Noel tested positive for HIV/AIDS. Soon after, her husband — who also tested positive — took a job abroad, and Noel filed for divorce.

Noel’s upbringing in rural Zimbabwe hindered her from speaking out about the mistreatment she suffered for years. “Culturally, we never air our dirty laundry in public,” she explains. By writing her memoir in English, Noel says, she could “mention the unmentionables.” Unfortunately, her dramatic narrative is riddled with flaws that stem, in part, from using her second language. Punctuation errors abound, as do misused words (such as “a big gush on her forehead” instead of “gash”) that often impede comprehension.

With its repeated accounts of maltreatment by her husband over 28 years, Noel’s 370-page book can be slow going. And while she also tells of her laudable achievements, overall, it remains a disheartening read. Other abused women may find her eventual freedom from the relationship hopeful, and her family undoubtedly will appreciate this record of her life, but general readers will find this a challenging read.