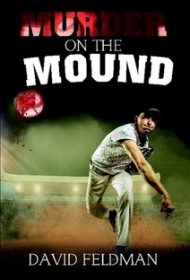 Best friends Scott Davis and Doug Simons were major-league draftees in 1999. Scott’s brilliant career as a Red Sox shortstop was cut short when he blew his knee out while making a pennant-winning catch in Fenway Park. Meanwhile, Doug had pitched for the San Diego Padres until he was accused of bludgeoning to death Pete Marcus, Doug’s teammate and mentor. Scott, once a standout Stanford student and now a lawyer, becomes Doug’s defense attorney—a tough task, as Doug sure looks guilty.

Readers learn that the crime occurred when Pete received a visit from a friend who is never identified. The friend beat Pete to a bloody pulp with a tire iron, paying special attention to Pete’s nether region. “Should have been wearing your protective cup,” the murderer mocks. Readers also discover that Pete had sex with Doug’s wife Jackie, and Doug allegedly flew into a murderous rage despite his “open marriage.”

As the story evolves, a host of sexual liaisons complicate the picture, obscuring the identity of the true killer until the final reveal.

The story displays the author’s impressive baseball and legal knowledge, and it moves along like a Grisham novel with crisp writing and a tight plot. It has a few flaws, however. While the climactic scene featuring a Perry Mason-style courtroom reveal works well for the most part, the guilty party’s reasoning seems strained and contrived. And although the copyediting is solid, one notable mistake— the jazz great is Wynton Marsalis, not Winton Marseilles— distracts. Finally, the title is misleading, as the murder doesn’t happen on the ballfield. (Murder on the Mound does have a nice ring to it, however.)

There isn’t much keeping this from being a winner. Murder on the Mound would be better with a few fixes, but mystery fans will still find this enjoyable fare.