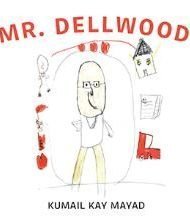 Mr. Dellwood is a brief story for early readers about a man who loses his job, only to regain it.

Mr. Dellwood is an easily satisfied man. His house is “just right,” as is his job (“not too hard or too easy but… in the middle”) and the birthday gift he recently received. This is probably why it comes as such a shock to him when he’s fired with no explanation. Within the next page, however, Mr. Dellwood’s boss sees him at the grocery store and wonders whether he made a mistake. He decides to make amends by throwing a huge party and telling Mr. Dellwood he can have his job back. The tale concludes happily, with everything back to normal for the title character.

Mr. Dellwood is written by a young author. As such, it’s understandable that the illustrations are childlike and sparsely colored, rather than professional. The tale is equally sparse and marked by grammatical errors the author will surely learn to correct as time goes by. A thorough copyedit could improve the story, which includes mistakes such as “went to hold on him,” rather than “went too hard on him.”

The core problem with the story, however, is the premise of Mr. Dellwood’s firing, which will feel disconnected from the lives of most early readers. For those who have experienced parental job loss, the sudden rehiring comes too easily, presenting a scenario that doesn’t acknowledge the anxiety and extended uncertainty felt when someone finds themselves out of work.

The author of Mr. Dellwood has a great passion for writing and, thus, is sure to improve on his promise with time. Mr. Dellwood shows his spark, but unfortunately shares a story of adult problems solved with simplistic ease—one young readers may have trouble connecting with.