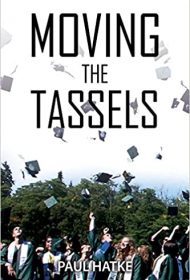 In Paul James Hatke’s fictional coming-of-age story, a 17-year-old experiences the triumphs and heartaches of his senior year in high school amidst the changing ’60s.

Throughout this first-person narrative, Wes Patterson appears a thoughtful yet angst-ridden teen. Like others of his generation, he’s bothered by a world succumbing to the Vietnam War, political assassinations, civil rights protests, and campus demonstrations.

Unlike his studious elder sister, Wes lacks academic ambition. His thoughts often focus on his lack of weekend plans or a steady girlfriend. Meanwhile, he works part-time at the local grocery store and hangs out with friends, hoping to learn from those who seem to have their lives on track. With opportunities for college, the draft, or maybe a chance for love on the horizon, Wes knows he’ll soon face more adult life decisions.

Some of this story’s details are too mundane, such as talk of brushing teeth, showering and using the toilet, and could have been eliminated. Yet others accentuate the essence of Wes and his family dynamic. His horse-and-cowboy printed bedsheets, for example, seem a testament to his doting mother’s resistance to acknowledging his road to manhood. Readers witness Wes’s maturation throughout the year by witnessing his interactions with friends, parents, and teachers.

The story is enhanced by multiple themes: the value of family and friendships, the pressures of male/female relationships, the victory of accomplishment and anguish of loss. When the latter occurs, the protagonist ruminates on God’s intentions.

Unfortunately the narrative is riddled with errors, from missing and wrong words, to repeated sentences. There are also off-putting instances of odd phrasing that seem out of character for a teen. Learning of another student’s knowledge of cars, for example, Wes comments: “The word gets around on things such as this.”

The story requires polishing. Still, those drawn to the nostalgia of growing up during the ‘60s and recalling concerns about what the future would hold will find some rewards here.