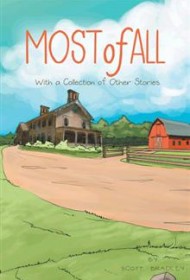 This collection features the novella from which the book takes its name and a handful of short stories, most of which end darkly or nearly so.

Set in a coal-mining town in Tennessee, the novella depicts a small town where the men gather on off days at Mary’s Café and Friday evenings for poker games. The women attend church socials and bake pies. The town experiences little excitement, but there is the mysterious Jeremy, whose dark secret drives the story: “Carolyn would ask him to prepare a chicken or a small hog. He grew a fascination for taking off the heads of the chickens and … bleeding the pigs. As time went by, this was to play on his mind, and he would have a need for more.”

Bradley does a fair job of working up to Jeremy’s secret. But the author tells rather than shows and reveals information the narrator wouldn’t know, such as the facts behind a murder that was never solved. Likewise, in the short stories grim endings occur, but often with little rhyme or reason other than bad luck, such as the childhood pair in “The Lunch” who re-discover each other as adults, only to perish while locked in a romantic embrace. There are too many plot points that rely on chance and too many redundancies. For example, on page 18, Bradley writes that a character “accepted a meal for sex,” then on page 19, “would trade sex for food.”

Bradley has clearly put thought into these stories, but he still has work to do in order to create absorbing work. While some of the tales have potential, the technique that elevates a story to an art form, one that engages readers and rewards them for their effort, is missing here.