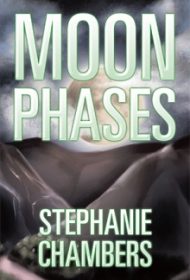 The story opens in Queen Lumaris’ peaceful kingdom of Kraal. But it’s a temporary peace, given that Kraal is about to undergo an attack from a neighboring country. Not only will the queen have to defend her land from Enace, where citizens believe magic only happens in fairy tales, but an underground rebellion is also planning a coup.

While this is a promising conceit (though not groundbreaking), the story suffers from a number of flaws: Untold waves of characters proliferate, muddying the plot and making it hard to follow. Even more challenging, the characters are often ascribed with nicknames, adding to comprehension woes. Additionally, Kraal is populated by magical creatures (elves, demons, magickers, gods, dragons, sun people and talking animals), but there’s a minimal amount of description. What does a water demon look like? Are the elves short, tall, humanoid? It’s not until page 60 that the reader understands that the whispering entity “Vigor” is actually the queen’s sword!

It’s also confounding that fantastical Kraal exists in the same timeframe as adjacent Enace, a country that possesses guns, bombs and airplanes. No direct explanation as to this disparity is proffered. Also, anachronisms abound, i.e.: “How’s it going?” “Take a blank check?” “Holy crap!” — as well as a speech about health insurance benefits that includes the topic of pre-existing conditions. Finally, technical issues can be jarring: Pronouns often reference the wrong gender, and the author overuses the word “smirk” as a dialogue tag.

While action scenes are handled well and the storylines are skillfully juggled, the issues cited create a challenging read. The story requires revision, particularly with an eye to pruning and fleshing out characters, in order to earn wider appeal.