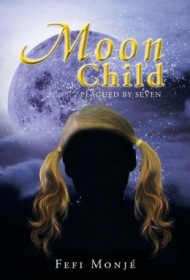 Tragedy, betrayal and the struggle to rise above it all is the theme of this multilayered and generally engaging novel, which begins in a desolate Mississippi Delta community, then expands to settings across the U.S. and into Japan and Guam over a span of about 50 years.

Melissa Dukes is believed to be cursed from the day she is born in 1927. She’s the seventh daughter from a seventh generation born in the seventh month of pregnancy on the seventh day at seven minutes and seven seconds after seven, weighing seven pounds, seven ounces — and born in house number seven. Though she is beautiful inside and out, her childhood is filled with abuse, until she learns the truth about her birth mother and makes her escape into the world.

Melissa’s keen intellect serves her well in finding work and eventually beginning a business. She also attracts men easily. However, she loses two of the men she loves to tragedy, and her third husband, though charming, proves to be a philanderer and liar.

This story is fluidly written and chock full of descriptive settings and details that lend historical credence, reflecting the author’s personal travels as a military wife. While in Guam, for example, Melissa is assigned to live in a deplorable room with “a single iron cot with a single mattress as thin as a dime and as lumpy as a bumpy road. It was made of cotton and reeked of mildew odors.”

The author is less successful at building memorable characters with whom readers can relate. Though Melissa faces many traumatic situations, the language used in describing them lacks emotional intensity. The story also is marred by clichés (“no bed of roses,” “happy as larks”) and the spelling of Melissa’s real mom’s last name two ways (Rosenberg and Rosenburg).

Despite such flaws, Moon Child makes for a satisfying beach read and likely would attract fans of historical romance and possibly military wives.