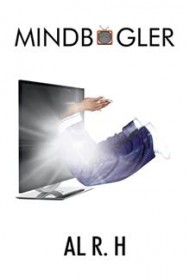 The novel’s protagonist is 18-year-old Jive Owens, an African-American born in New York City and now plying his manifold skills on the streets of Seattle. He’s into science fiction and “other weird space junk,” but also endeavors to be a “conscious hip-hop artist.”

Unfortunately, the plot is often difficult to follow, due to a stream-of-consciousness writing style, spelling errors, awkward sentence structure and improper grammar. It appears, however, to unfold in this way:

One day when Jive is visiting a classmate, he discovers a secret lab in his friend’s basement, where he steals a “matter converter device” that he starts using to rob banks. He’s also friends with local police detective Johnny Blaze, who is mourning the death of his lost love but does his best to help Jive. Eventually, Jive starts having run-ins with a local gang called the Junior Mafia, which brings him into the orbit of Zeonar, who is “…known to be a terrorist or the communist workers for at least twenty-five years of his business.” (Such puzzling sentences are typical of the narrative.)

The book takes a whimsical turn about halfway through when Jive discovers he has the power to crawl through television screens and into whatever program is playing. Jive uses this newfound ability to roam a zombie apocalypse, visit Redd Foxx on Sanford and Son, and fight The Empire alongside Luke Skywalker in Star Wars. After learning comedy with the likes of Russell Simmons and Robin Williams, he launches a career as a comedian before a final confrontation with Zeonar.

The author deserves credit for his imaginative experimentation and unusual voice. He is obviously passionate about the idea of creative writing. Unfortunately, the novel’s flawed presentation makes the book a challenging read overall.