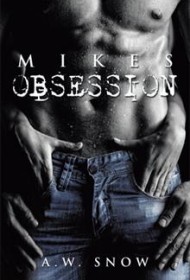 In this romantic suspense story, Megan and Mike must overcome their difficult pasts, a dangerous present, and an uncertain future if they want their love at first sight attraction to become something more.

Mike, a sexy alpha male, sold his share of his family’s successful business to become a state trooper; catching bad guys helps to ease that pain of his parents’ untimely deaths in a drunk driving accident that was not their fault. Each morning on his patrol, he sees a young woman pass in her car on her way to work. Megan has no idea he is unexplainably attracted to her and is only working up the courage to meet her.

Finally, Mike decides to approach Megan.  Mike follows as Megan stops at a convenience store, and it is robbed at gunpoint. She’s briefly taken hostage, fights off her attacker, and Mike is the arresting officer on scene. Witnessing her bravery only makes him want her more.

When Megan ends up in the hospital, the cocky cop visits her and makes his feelings known and a complicated romance blossoms. As the author creates undeniable chemistry between the couple, she also adds an element of suspense: A man from Megan’s past is out to harm her and it’s Mike who must protect her.

Unfortunately, the story struggles with some plot inconsistencies. For instance, at one point Megan says that she’s the youngest of six, and later that she only has one brother. Also, at two different times, Mike reveals he had been watching Megan before meeting her; both times are presented as the first. Grammar and spelling mistakes (the title lacks a critical apostrophe, for example) also distract readers from an otherwise engaging romance.

Despite the book’s issues, the characters’ chemistry is sizzling and the romance is heartfelt. With some editing, Mike’s Obsession has the potential to be a sweet and hot read for fans of romance and romantic suspense.